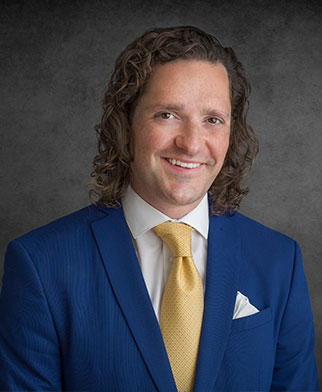 Dr. Michael Madigan is a native of Knoxville. He is the son of the late Dr. James Madigan, founder of Madigan Periodontics. By following in his father’s footsteps, “Dr. Mike” is committed to upholding the integrity of dentistry. He enjoys getting to know his patients beyond treatment needs and truly cares for them as if they were part of his family.

Dr. Madigan is a diplomate of the American Board of Periodontology, boarded in periodontology and dental implant surgery.  He received his Doctorate of Dental Medicine from Boston University Goldman School of Dental Medicine. Upon graduation, he completed a two-year residency in general dentistry at Wake Forest University Baptist Hospital in Winston-Salem, North Carolina. He received his training and certificate in periodontology from the University of Alabama at Birmingham and is a graduate of The Webb School of Knoxville.

Dr. Madigan is married to his high-school sweetheart Lauren, and they have two beautiful boys, Sebastian and Jack. When he is not working to improve oral health and the lives of the patients he treats, you will probably find him working on his Toyota Land Cruisers, singing opera while tending to his vegetable garden, reading nonfiction books or photographing landscapes on a trip somewhere unique.

Website Powered by Sesame 24-7™ | Site Map
Back to Top